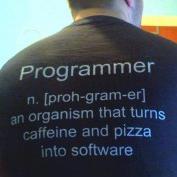 I first came up with the idea for this plugin for my own server. As it was mainly non-pvp I thought why not allow players to PVP in just one area? So this was my answer, When i first coded this plugin it was very basic, the code was ridiculously rubbish but the basic concept worked. I then decided since a plugin like this did not exist for what I wanted why not publicly release it. So I went ahead and created a new project on Bukkit.

I then recoded the plugin from scratch and is more better coded with a lot more features than before. I constantly work on this plugin in my spare time. Now you know the history of this plugin I will tell you what features I have implemented so far as of today 23/09/2013.

You may be asking why am I posting it here?

Well I would like to hear back from the community what they think of this plugin and suggest to me anything they would think would make this plugin better, whether it be a new feature or what not, just leave a comment below

What are the features?

Where can i find out more ?

check out the project page on bukkit dev:

k2trf and Karim reacted to this

4 answers to this question