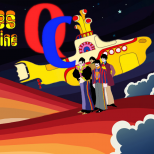 Top Posters In This Topic

Hopefully you haven't got any of your salt on it

Lets play a guessing game, I'm gonna choose a number between 1 and 100, everyone that replies to this has 1 guess. First person to get the answer gets the prize of satisfaction! Let the guessing begin