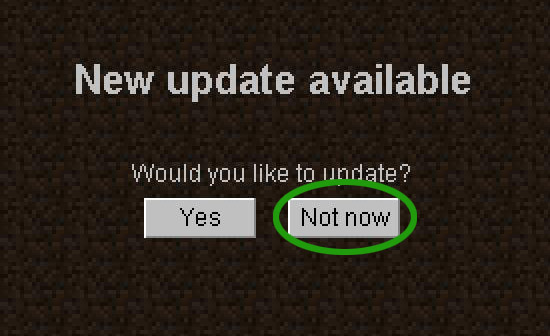 Just remember if you update and want to play JR you won't be able to, so don't click the update button yet! We are already working on a 1.5 update even though it's not released yet so hopefully we will get an update soon enough :3

We are hoping among other things we can get a release out pretty soon, along with me doing some epic behind the scenes work to make everything smoother and getting rid of permission glitches by totally redoing our permission backend *We have a permissions file that totals over 400kb which is rather spectacularly big*

As well as 1.5 JR will be getting new things ready soon after:

- The Skylands will return