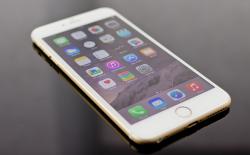 Personally I've never been very keen on Apple products, but personal bias aside, there is no denying the iPhone 6 is a good phone. To start with, Apple have finally caught up with the rest of the market in realising people want bigger screens. The standard model is now 4.7inch, making it possible for apps to become less cramped. The case itself is fairly well designed and refreshingly different to the designs we've seen in previous models. My favourite part personally is the camera, whilst it doesn't quite have 4k recording, it does take fantastic pictures and allows you to record in slow motion. Anyone who’s played around with the slow motion recording, will know just how fun it is and I highly recommend you give it a go if you haven’t before!

Without a doubt, the worst part of the phone is the price. As many of you Apple users may have come to realise, you pay a significant amount extra simply because of the logo on the back. Whilst the battery is bigger, so is the screen, this means in real terms the battery life hasn't increased that much. Whilst the phone may last longer whilst idle, if you are using the screen the battery life is sure to drain much quicker - meaning the battery life probably isn't that much better than the iPhone 5s. The design has also been criticised for being too slippy, whilst the new design looks great, it’s very smooth and could easily slip out of your hand. With the new design apple could have easily introduced a more ‘grippy’ finish but instead went for something much smoother.

Overall the iPhone 6 is a fantastic phone. Whilst it still has a long way to go with battery life, the features of the phone are brilliant and the phone itself is very responsive. Definitely a phone worth buying, at least if you're willing to pay the price tag... Personally I’ll be sticking with my android